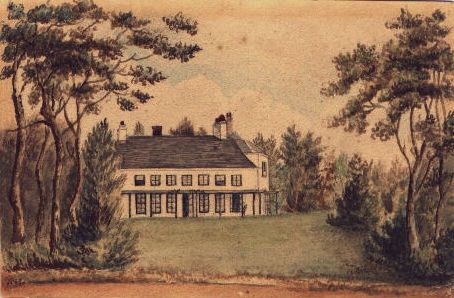 We know about Philip Crowe from the following sources:
1.  He is listed as a cousin in the diary of Elizabeth Jones (nee Helsham) and she goes on to describe her stay at his home Hartley House in Coulsdon, Surrey.
2.  There exists a diary in which he wrote short biographies on his contempories in India (Edmund Morris, George Cunningham, Lieut General Prole, General Russell, James Rainey, General Clarke, Major William Toone, Lieut General Sir Thomas Brown, Alexander Knox).
3.  There also exit in the family a number of drawings of scenes in India over the period 1800 to 1811.
4.  His death is noted in the Asiatic Journal Vol 6 Sept to Dec 1831.
5.  In 1836 his wife Matilda Crowe had the Bradmore Green Dew Pond in old Coulsdon dug in memory of him.

An extract of Elizabeth's diary reads as follows:

In 1812 our cousin Philip Crowe, having returned from a fourteen year tarriance in India, married Matilda Willis and brought her as a bride to Burnham. He was a remarkable man, his figure tall and commanding, and his face the handsomest I have ever seen, a well formed nose, splendid eyes, a rounded chin and firmly compressed lips capable of the most varied expression. I could fancy I had seen the tiger hunts he described, and known the friend whose high qualities he extolled. It was not very surprising that Matilda Willis at sixteen should have lost her head to him. They met at a house of a mutual friend, Mr Parry [Richard Parry 1777?-1817], an East India Director residing in Banstead in Surrey, who gave Philip an appointment in India in 1799. He was serving under General Lake in Delhi in September 1803 when he was severely wounded and it became necessary to amputate his foot. A cocksfoot was sent out, but he could no longer ride as heretofore. When he had been in India seven years he became engaged to Miss Willis and in 1812, as I have said, returned to claim her . . .

. . . From London we went to Hartley [Coulsdon, Surrey. Home of Philip & Matilda Crowe] , a change most delightful and recruiting to the dear invalid. It was at the beginning of April and a very fine season, the oak shaws full and carpeted with stores or wild flowers. The birds so glad and gladdening, and the pure air of the chalk hills so delightful, we ourselves so fervently thankful. Our cousins [Philip & Matilda Crowe] , in their kind desire that we should not feel a burden, left us for a few days on some visit, and my dear brother gaining strength daily, our delightful 'rambles' were more and more extended. Then there was the sitting hour after hour on the pleasant hillside sketching and smelling the juniper and the thyme on the open down. I shall insert some of my pet sketches for my own peculiar gratification as a feeling of happiness always comes over me when I look at them.

The first, the wheelwright's sheds and litter under the large tree, was at a pretty bend in the road to church, and there the village band met on summer evenings looking so neat in their slop frocks. Then going on, we passed through the churchyard to the hillside whence the second sketch is taken. The house on the right of the churchyard is not the Rectory, that is a very good house befitting the Living and farther up the road. It was then occupied by the Rev. Arthur Drummond, his mother and two sisters, capital people and special favourites of my cousin's. They had pleasant guests too. A pretty Miss Percival, a daughter of the minister who was shot, was a great object of interest to me. Below the ridge on which Hartley stood, and where the Brighton rail now runs, resided Colonel and Mrs. Byron of the family who now have the title. He was a fine specimen of the polished gentleman of the olden time, he was at the Battle of Minden.

I wish I could add sketches of Hartley but they are so out of perspective that I do not like to do so. From the drawing room , with its pretty bay and nicely constructed verandah, you stepped out upon a lawn of a particularly cheerful character for beyond the grounds and the road the ground soon began to decline, then rose again and the little spire visible in the distance was Banstead where my cousins had first met. This must have been my last visit to Hartley for my cousin  [Philip Crowe] gave it up in December 1829 and I could never have been at liberty in the interval.

It would appear that Philip Crowe went to India around 1798 and in 1801 he was in the 2nd Native Bengal Cavalry (presumably The East India Company).  He was based in Dinapore at one stage and was eventually injured in the Battle of Deli and as a result lost his leg.  It would appear that he stayed in India and took up a Paymastership and presumably managed to make a bit of money before eventually returning to England in1812. 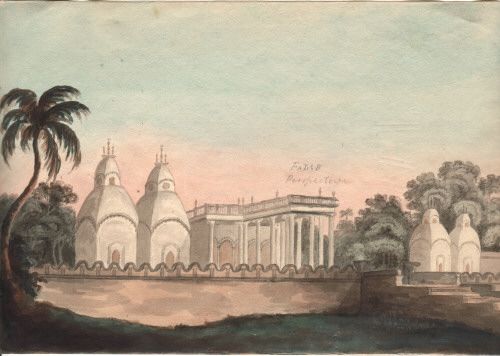 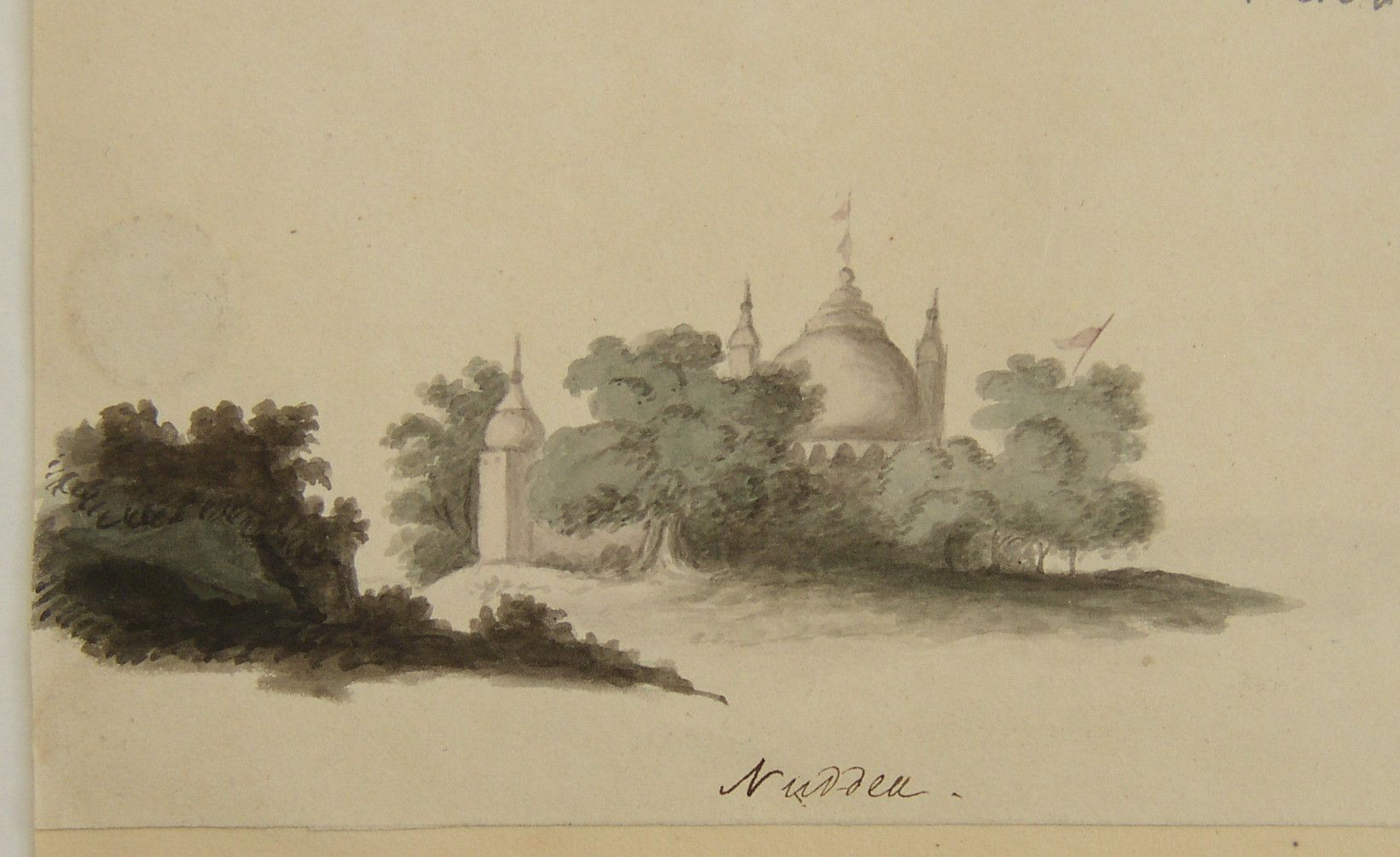 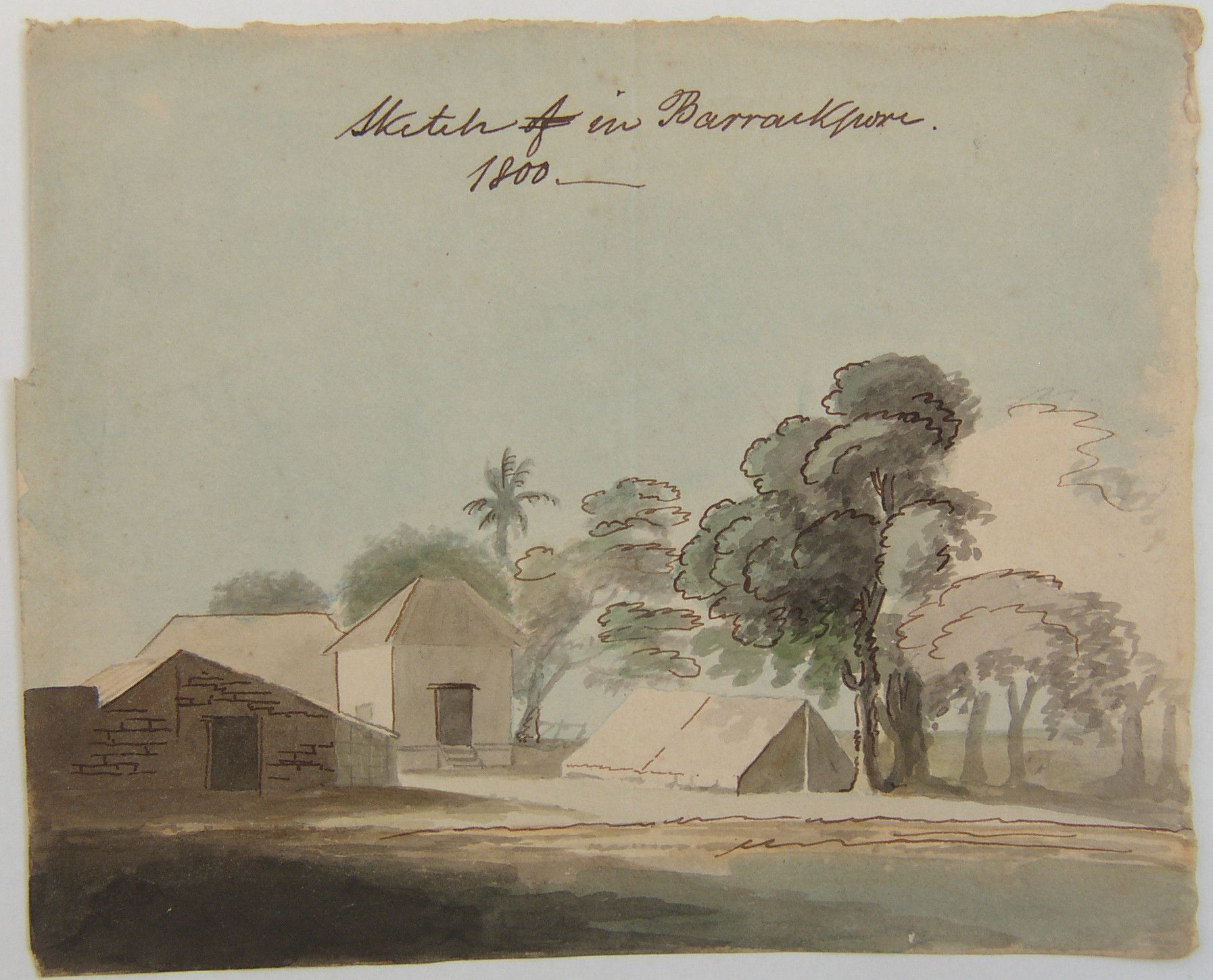 Barrackpore drawn in 1800 by Philip Crowe 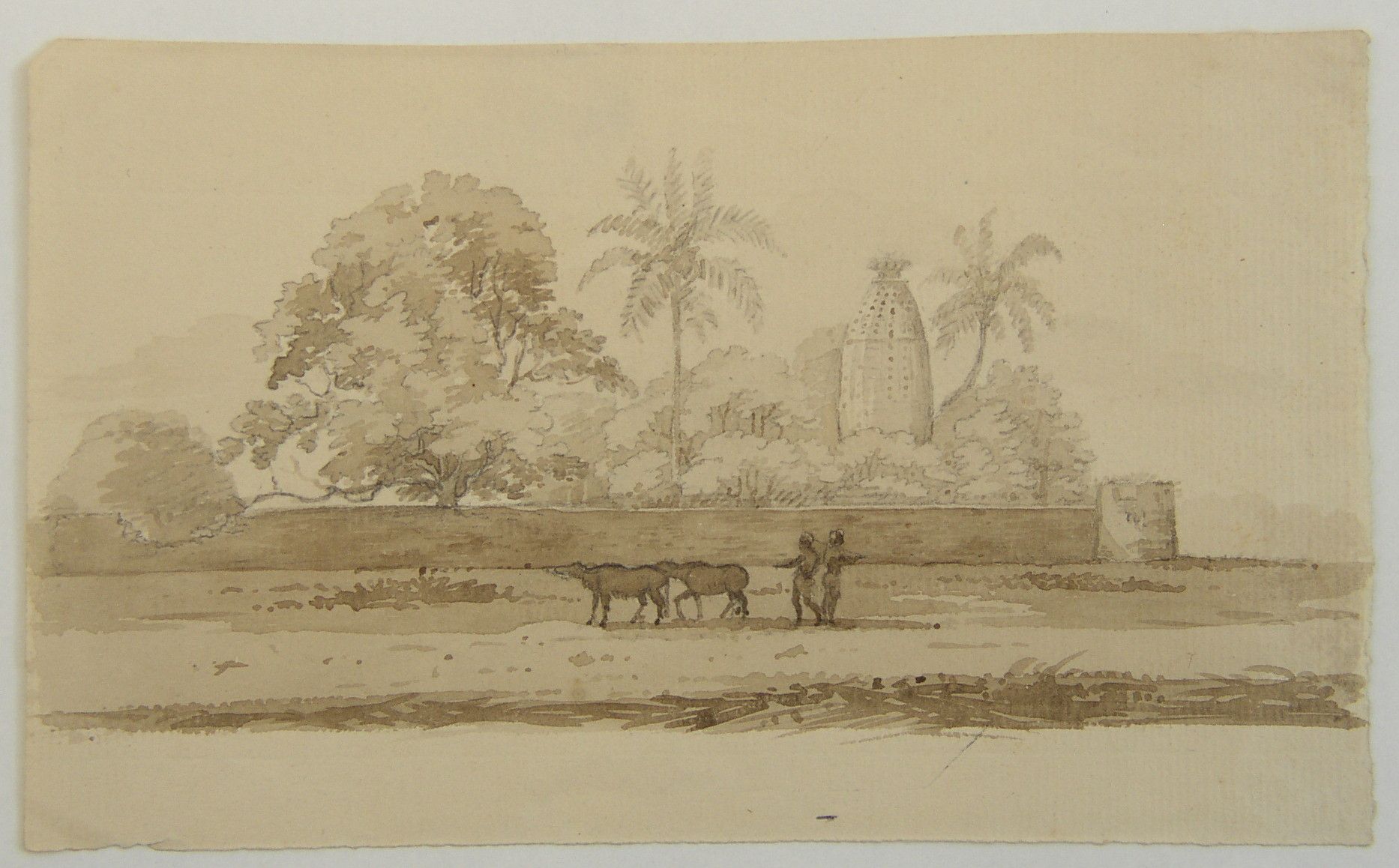 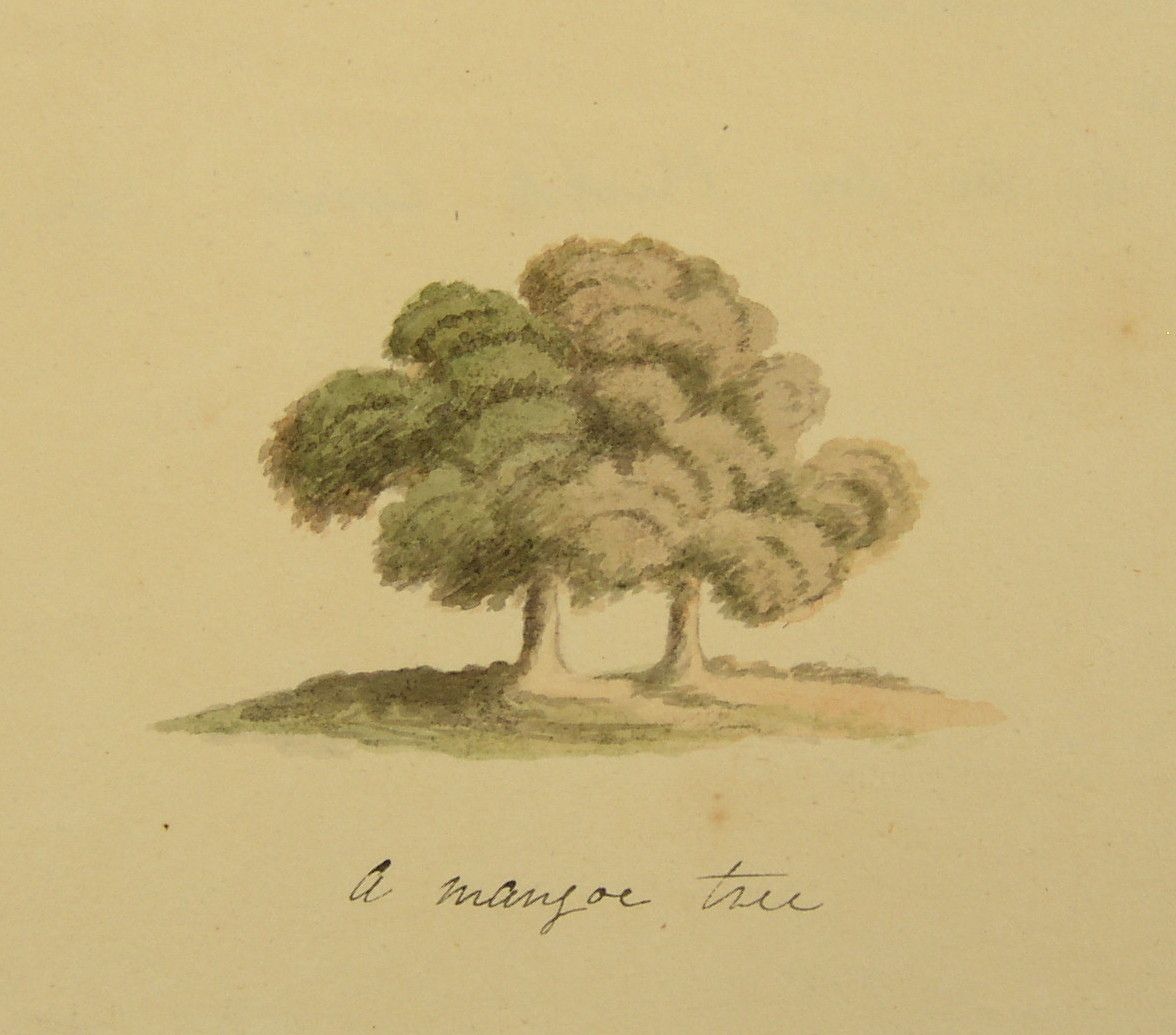 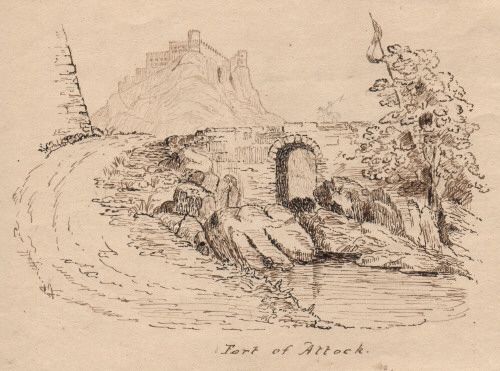 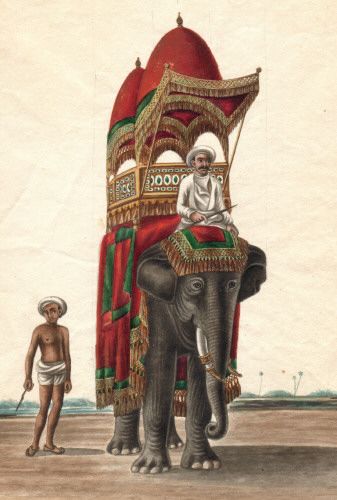 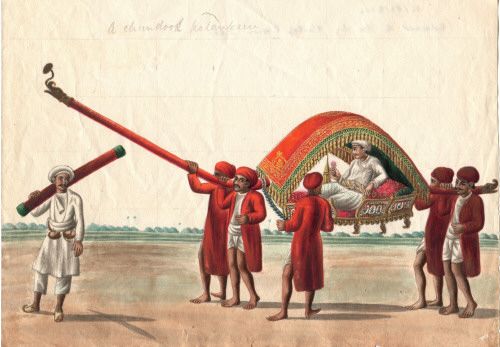 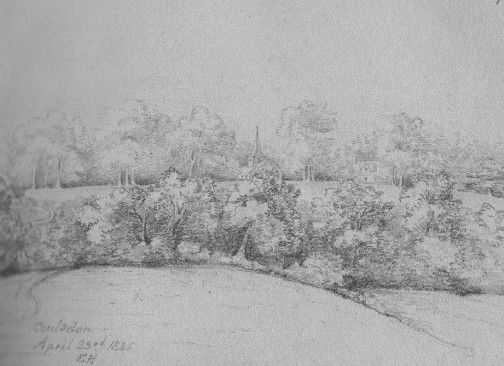 View of the Church at Coulsdon in Surrey Drawn by Elizabeth Jones, 23 April 1826 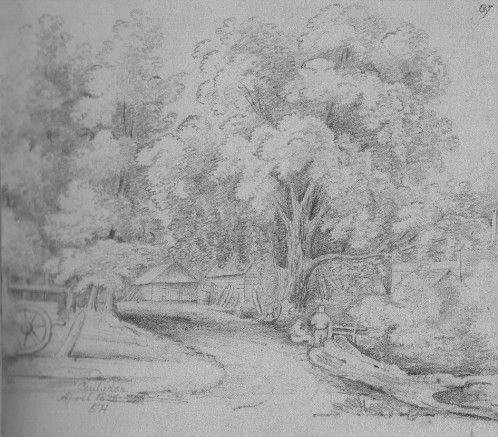 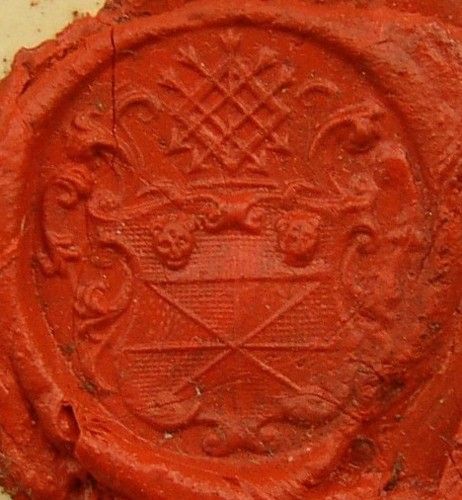