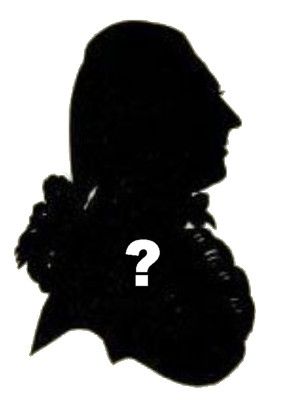 We know about Robert from:
1. "Records of the Heath Family", by George Heath 1907.
2. "Social Life in Former Days,chiefly in the Province of Moray, illustrated by letters and family papers by E.Dunbar Dunbar, 1865".
3. His Testament Dative & Inventory appear in the Moray Commissary Court 22 April 1783 CC/16/4/7.  This is listed on  www.scottishdocuments.com .

In the book "Records of the Heath Family", by George Heath 1907.  The entry is as follows:

Robert Dunbar, son of John of Kinkorth, in 1727 ordained minister of Dyke, had from his father the lands of Ballinspink, in Fordyce parish, Banfshire.  He married Jean Miller, daughter of Mr William Miller, minister of the Grey Friars Church, Edinburgh, and a miniture portrait of her is in the possession of G.D.Whatman.  By her he had two sons: 1. John, and 2. William.  John, the eldest son of Robert Dunbar, minister of Dyke, was ordained minister of Knockando in 1764, and translated to Dyke in 1788.  He was married to Janet Grant, daughter of George Grant Esq., of Aberdeen; by her he had three sons:1. Robert, who succeeded as Sir Robert Dunbar, Bart, of Durn; 2. George; 3. William.

In the book "Social Life in Former Days,chiefly in the Province of Moray, illustrated by letters and family papers by E.Dunbar Dunbar, 1865" I understand there is printed on pp 376-377 a brief letter by Robert Dunbar, Minister of Dyke. Apparently the Scottish clergy were instructed by the government to provide a list of their parishoners who had not participated in the 1745-6 Jacobite rebellion. Robert replied:

"Dyke, May 27th 1746
"Sir,
I have just now yours by Lord Justice-Clerk's order, with the Proclimation by his Royal Highness the Duke of Cimberland inclosed, and shall soon sett about makeing the proper return, though, our situation with the Rebels not allowing me to make the ordinary course of visitation and examination, it will take some days to do it exactly; though I have reason to be thankful that, so far as I know, there will be no place for giveing any one resedenter within my parish trouble.
I am, Sir, your very humble servant,
Robert Dunbar".

Robert's Testament Dative & Inventory appear in the Moray Commissary Court 22 April 1783 CC/16/4/7 (www.scottishdocuments.com).  Robert Dunbar circa 1697- April 1782.  Testament of Mr Robert Dunbar, Minister at Dyke, recorded at Elgin, 22 April 1783.  Given up by his widow Mrs Jean Miller, his executor. The inventory states he had household furniture, corns, cattle and other movable effects valued at £120.7.6. Mr John Dunbar, minister at Knockando, was cautioner.