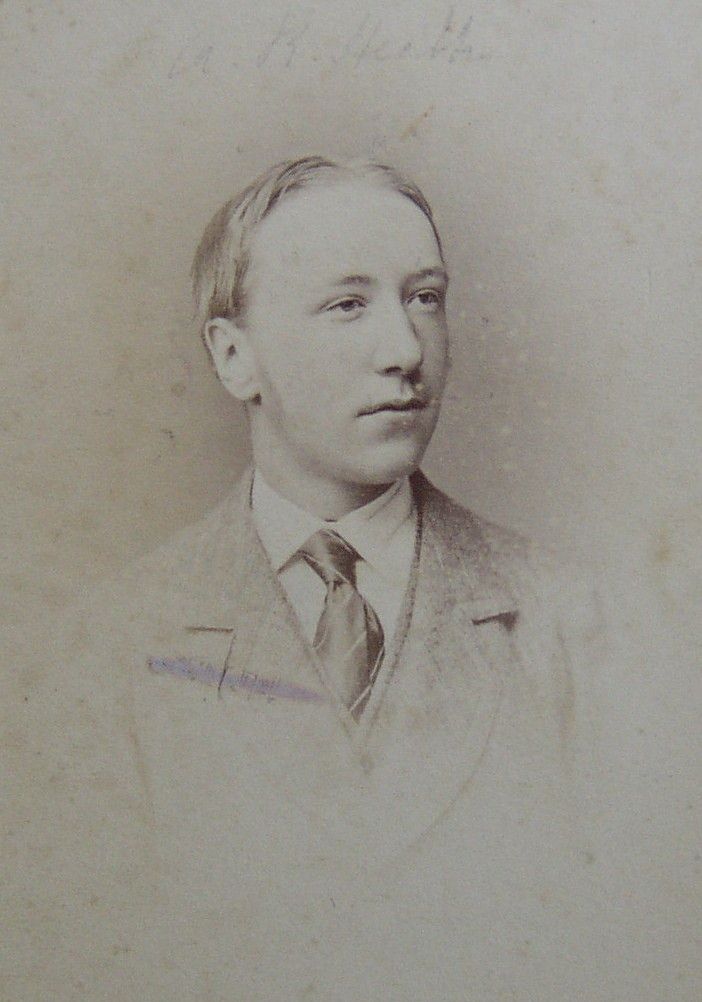 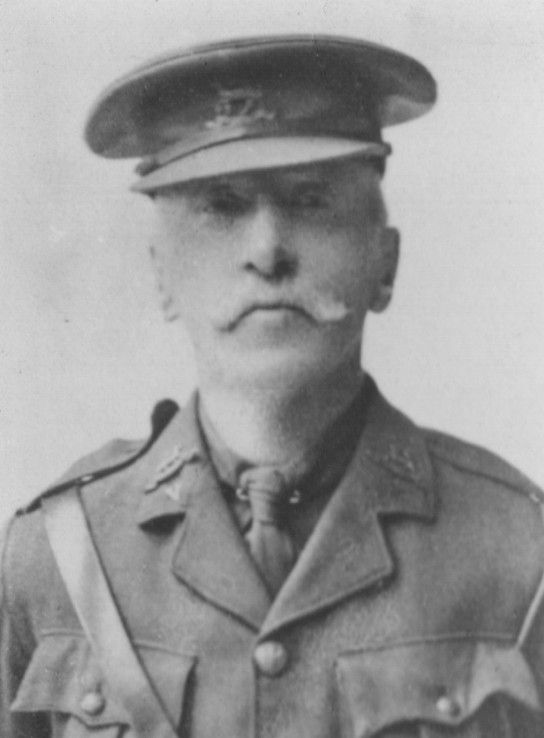 We know about Arthur from the following sources:

Records of the Heath Family Vol 1, page 89 reads as follows:

Arthur Raymond, born at Malta, Oct. 16th, 1854.  Went to school at Rev.C.C.Calvert's, Dorking, in 1863.  When ten years old, he was sent to Mme. Courtois, at Versailles, to learn French. He then attended the well-known school kept by O.C.Waterfield, Temple Grove, East Sheen, proceeding later to Marlborough, his housemaster being Rev. J.F. Bright, afterwards Master of University College, Oxford.

On leaving Marlborough, he spent a few months with Profr. Jordan at Stuttgart, where Mr.George Petre (then British Minister to the Court of Wurtemburg), and his wife (Catherine Sneyd, first cousin to Sir L.G.Heath), showed him the greatest kindness.

Returning to England, he entered at Trinity College, Cambridge, his tujtor being R.C.Jebb, noted as the best Greek scholar in England. The Master of Trinity at this time was Dr.W.H. Thompson, who had been a contemporary and intimate friend of D.D.Heath.

Among the Trinity men at this date were J.W.Lowther (the present Speaker), Ger.Balfour,Hallam Tennyson, and Moreton Frewen. A.R.H. kept in lodgings with C.J.Brewster Macpherson, only son of Col. B. Macpherson, of Balavil; the two became intimate friends, and subsequently married two sisters.

Other friends were E.G.Baxter, of Pembroke (whose two sisters became Mrs. Macpherson and Mrs. A.R. Heath), and H.J.T. Broadwood, of Jesus, who married Ada R. Heath.

Arthur passed out in Honours in the Law and History Tripos in 1876, and afterwards read law, first in P.V.Smith's chambers, who at that time did a great deal of work for the London School Board, then with W.W.Barber, afterwards Q.C. and County Court Judge. A fellow pupil in these chambers was R.B.Haldane, the present Lord Chancellor, mentioned by Baber to A.R.H. at the time as "the very cleverest pupil he had ever had in his chambers." He then read common law with F.H.Jeune, later on Lord St.Heliers, and had here as fellow pupil G.D.Faber, afterwards M.P. for York City. They both remained with Jeune after being called to the Bar, and assisted him in getting up the important ecclesiastical cases in which he was continually engaged, Jeune always holding a brief for the Low Church party, and often being opposed by Walter Phillimore on the High Church side.

After residing for a few months in London, they took Little Barrington, near Burford, Oxon, moving later to Farmington Lodge, Glos., whence they took a trip round Europe to Italy, Greece, Constantinople and Russia. At St. Petersburg they were most hospitably received by Flora Heath's Russian cousins the Greigs. Gen.Greig, the then head of the family, at one time Minister of Finance, and afterwards Chancellor of the Empire, was the grandson of Adm.Sir Samuel Greig, known as the father of the Russian Navy; he was Admiral-in-Chief of the Russian Navy under the Empress Catherine II.

On their return to England, A.R.H., who had always had a taste for politics, took a very active part in the 1885 election on behalf of Mr. Dorrington, afterwards Sir John

Dorrington, standing for the Cirencester division of Glos. Dorrington was beaten, but through his friend Alg.Whitmore, who defeated Sir Charles Dilke at Chelsea, Arthur was asked to stand at the 1886 election for the Louth division of Lincolnshire. He knew no one in the division, but received an introduction to Mr. H. Chaplin, who at that time exercised great influence in Lincolnshire as the Squire of Blankney, and member for the Sleaford division. His ownership of the famous racehorse "Hermit," was perhaps even a greater claim to fame in the eyes of many of his constituents. They met by appointment at Ascot, when Chaplin characteristically remarked, " Well you have a good fighting chance, and if you stand, I'll do my d-t for you." He did stand, and being most efficiently helped by his wife Flora, and sister Mrs. Crofton, was returned; his opponent, Mr. R.Otter, retiring on the day of nomination. The constituency is very widely spread, some thirty miles across in each direction; and before the days of motor cars, was very difficult to canvass. Flora Heath and Mrs. Crofton together made a very thorough and successful canvass of Market Rasen, an important side of the constituency, where the candidate himself had not time to go, and their success here was said to have a great deal to do with Otter's retirement.

In conjunction with the late Col.Eyre and Capt.E. Heathcote, he brought in a bill which would have had the effect of giving free education to the children of working men. It was stifled at birth, but the Government subsequently adopted its policy. He also served on the Town Holdings Committee, and took a lively interest in all agricultural questions as they arose. He also rode his horse "Kismet" in the first House of Commons steeplechase. Heath, Lees, Mildmay and Flower were the four leading riders; three fences from the end all fell but Flower, and owing to the disqualification of his horse, Lees was declared the winner.

In the election of 1892, A.R.H. was defeated by R. Perks, who was not only a radical but also a very rich nonconformist, and as out of some 10,000 voters, about 8,000 were dissenters, his victory was hardly a matter for surprise.

After leaving Parliament, A.R.H. and his family, consisting of two sons and one daughter, lived till 1898 at Stourton Hall, Horncastle. They then travelled abroad for some months, and after living for three years near Colchester, took North Breach Manor, Ewhurst.

A.R.H. is J.P. for Oxon and parts of Lindesey, Linc., and a District Councillor  for the Hambledon division of Surrey.

The following story contributed by A.R.H. is worth recording, as authenticated by members of the Heath family:

During our residence at Thorpe Hall, Linc., we had a strange experience, which may be regarded as the only authentic ghost story in our family.

Thorpe Hall was a very old  house, formerly belonging to a family named Bowls and half burnt down by the Parliamentarians in pursuit of  the Sir John Bowls of the time, who was hidden in the priest chamber after the battle of Worcester. As in the case of other old houses, a tradition relates that whenever a head of the Bowls family is about to die, a ghostly carriage drives up to Thorpe Hall. The family disappeared long ago from Lincs., and the tradition was quite unknown to me and my family.

The Hall is divided from the high road by a wall forming part of the stables and a wing of the house. The stables join on to the house, forming one side of a small quad, which is overlooked by the schoolroom, and on the other, at right angles, by the drawing-room, both on the first floor. The approach from the high road led past the stables, and then by a sweep round a small clump of shrubs, to the front door; the distance from entrance gates and round the sweep being perhaps fifty yards.

I was out one night at a meeting some fifteen miles away, driving myself in a phaeton and pair, and was expected back about midnight.

At about 10 p.m., my wife was in the drawing-room, our governess in the schoolroom and men-servants in the pantry. The meeting I was attending was an important one and both my wife and governess were interested in the result.

About this hour a carriage and pair was heard to dash up to the front door and pull up sharp, with a good deal of noise, as if caused by two excited horses. My wife came down to meet me at the hall door, much surprised at my early return, two hours before the time. The governess also came down from the schoolroom, and the men-servants issued from the pantry, but when they all arrived at the hall door there was nothing to be seen.

On relating this story we heard of the tradition about the Bowls death carriage.

I am unable to complete the story by stating whether the head of the Bowls family happened to be dying just then. The curious point is, that my wife, the governess, and servants, whilst in different rooms, should all have heard the phantom chariot arrive, and all come down to meet it, and that tradition was certainly extant in the district.

Records of the Heath Family Vol 2, page 11 reads as follows:

On the outbreak of war, commanded a district of Surrey Guides and was also  leader of a section of Surrey Special Constables.

Also took over Dorking, etc., District of Soldiers and Sailors Help Society, and when War Pensions Committee were formed, occupied a seat on Dorking Committee.

Having taken lessons in order that she might be of use to the wounded, was accepted at Leatherhead Red Cross Hospital, and massage the wounded there for some considerable time.

She was then elected to the Executive Council of the Country Hosts Institution, a Society founded by various influential people for the purpose of finding hosts in the country who would look after shell shock cases, and after the Society was organised and until the close of the war, she always had a shell shock case at Kitlands requiring massage treatment. These cases all went away at the end of their three months' course, either cured or greatly improved. The Country Hosts Institution was very successful, and its organisation was of value in some hundreds of cases. It was begun for the benefit of soldiers, but after Mrs. Heath had brought it to the notice of Vice-Admiral Sir Herbert Heath, K.C.B., the Second Sea Lord, it was extended to the sister service. 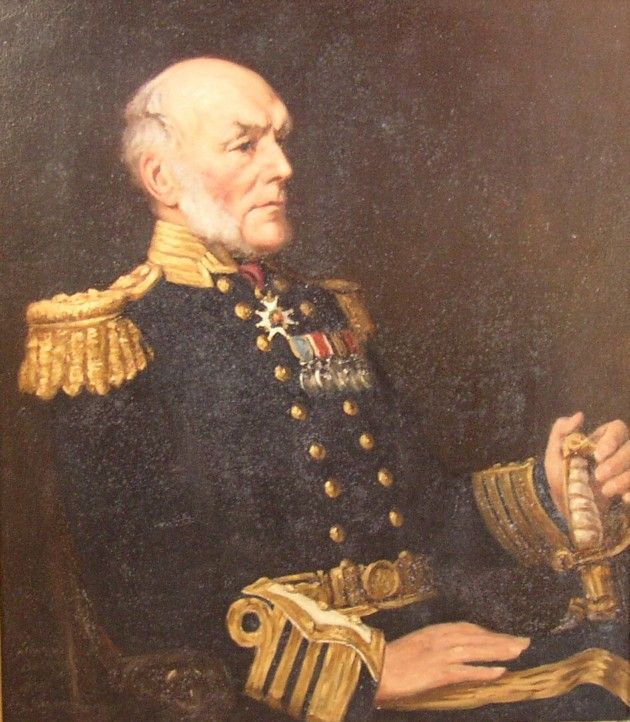 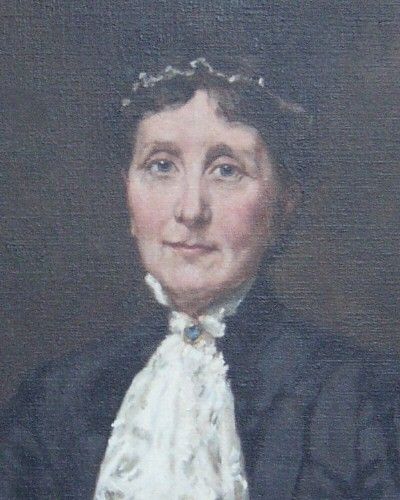 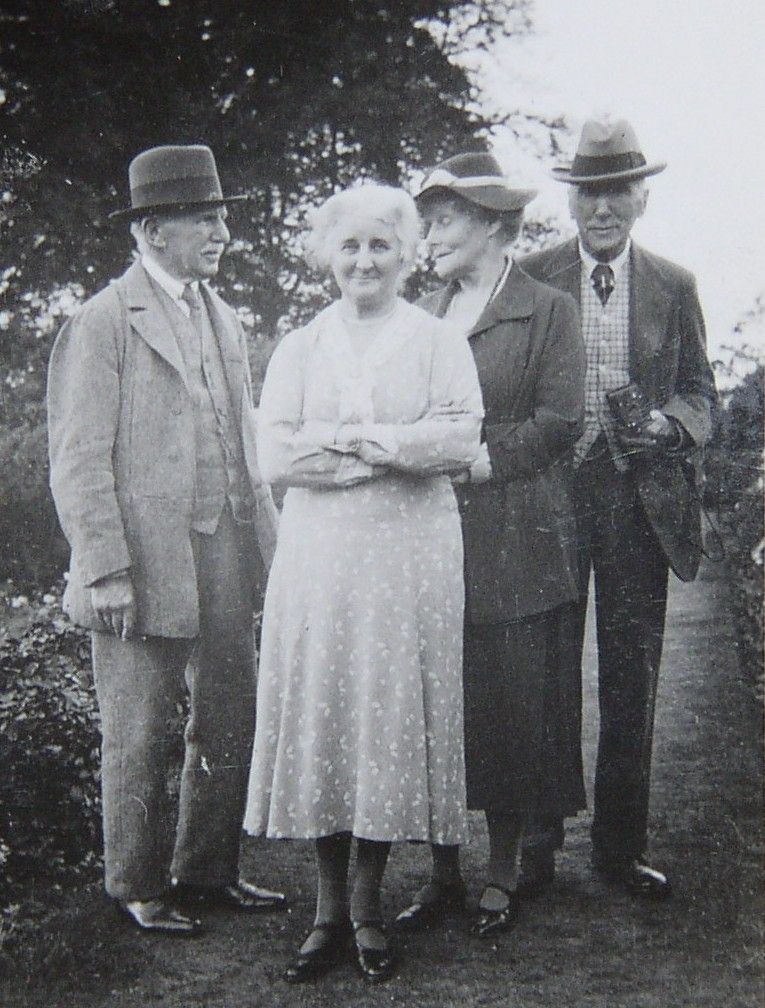