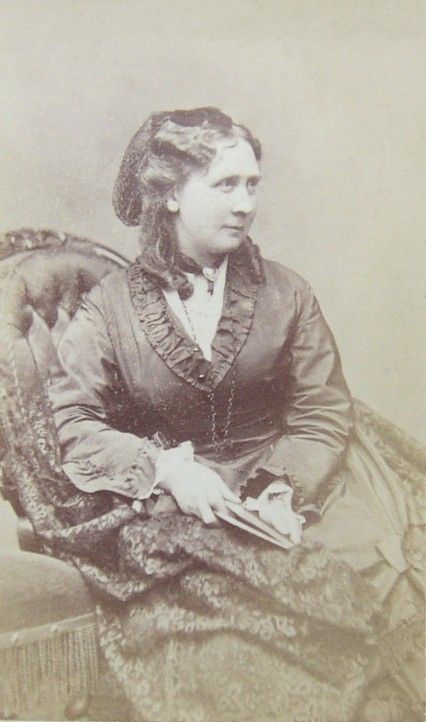 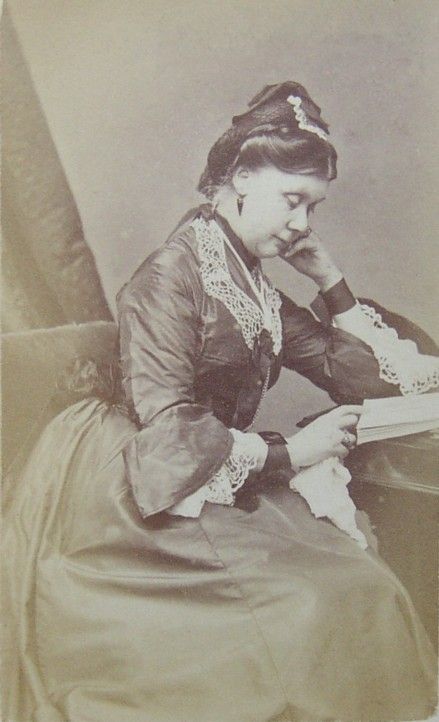 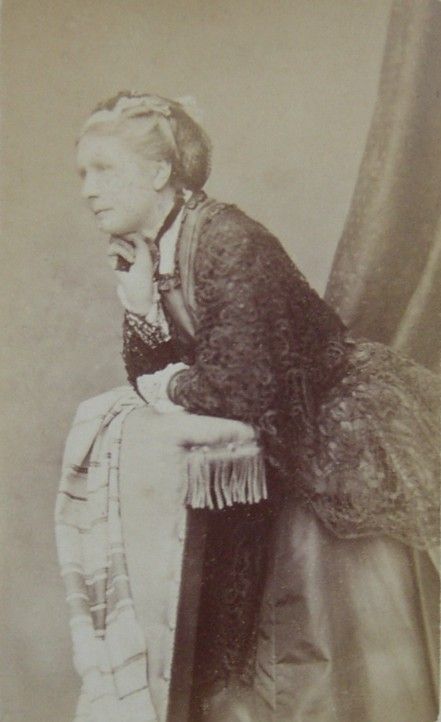 The main information that we have about the Misses Marsh-Caldwells are their wills and a brief mention in Burke's Landed Gentry.  There is however extensive information in the Staffordshire Record Office regarding the legal matters relating to the Linley Wood Estate.  There did exist a portrait in the family, of Rosamund Jane Marsh-Caldwell, but I understand this was sold in the early 1980s.  If anyone out there reading this knows the whereabouts of this portrait I would be very interested to hear from you.

James Stamford Caldwell died in 1858 and in his will  the Linley Wood Estate was left in trust for the second son of Lady Mary Emma Heath and Admiral Sir Leopold George Heath.  However, presumably as this prospective heir was only a few months old when James wrote the final codicil to the will, James directed that, in the interim, his sister Anne Marsh (Marsh Caldwell) could live at Linley Wood for the rest of her life as could any of her unmarried daughters.  The main provision to this was that they each take on the name Caldwell as their last name (Marsh-Caldwell).  For some reason the Misses Marsh-Caldwells contested the will.  Anne died in 1874 but her daughters lived on for quite some considerable time and became generally referred to as the Misses Marsh-Caldwells of Linley Wood.  It should perhaps be noted that according to the terms of the will they were allowed to live at Linley Wood while they were unmarried but if they were to marry then they lost their right to continue living on the estate.  There is a plaque to their memory inside St.Martin's Church, Talke O'Th'Hill.

On the death of Elisa in 1913, the Linley Wood estate, after a period of 55 years, did finally pass to the heir, Maj. Gen. Frederick Crofton Heath.  However the estate was now very run down and each of the Misses Marsh-Caldwells had in turn declined to leave any of their money to Frederick so as a result keeping the estate going was not an easy task.  In meeting the terms of the will Frederick, together with his sons Cuthbert and Martin, took on the surname of Heath-Caldwell.

There were three trees planted at Linley Wood to the memory of the Misses Marsh-Caldwells.  These are up on the hill just below the top of the drive way.  Two of the three trees still appear to be standing (in 2004) and the remains of an iron fence still partly surrounds them.

Some letters relating to the Miss Marsh-Caldwells are as follows:

I return you your miniature by parcel post in a padded box which I hope will reach you safely.  It represents Louis XIV’s Queen Marie Therese by Petitot.  I found an engraving from Vanloo’s picture with the same style of hair & costume, though I could not find the No ‘1056’ at the back correspond with anything in either the ‘Stowe’ or ‘Alton Towers’ Sale Catalogue, so it must have been picked up somewhere else.  I append overleaf a list of the pictures bought by Mr Caldwell at Stowe from a marked Catalogue, which included many you showed me at Linely Wood though the Henrietta-Maria is put down to the Countess of Jersey as purchaser.  The original of your Henrietta is a full length at Warwick Castle.  We have in the Gallery a similar replica after Vandyke.  My mother whom I found in . . . [Omen?] Court was very glad to hear of you, and Aunt Jane has just accomplished her journey to . . . [Bettus?] with . . . [Amey?] in safety.  My dearest mother seems wonderfully well.  I must thank you much for your kindness in having me & I shall look back with pleasure on my Knutsford Exploration from your hospitable quarters.  With best remembrances to your sister.  Believe me, yours very sincerely.

Lot 85 The Princess Stolberg, Duchess of Albany.  This miniature was given by herself to George Marquise of Buckingham, at Rome, in 1774: it is set in gold, £7.15.

There is an a note added by Miss Marsh-Caldwell marking lots 141, 142 and 186, noting that these items were missing when her mother Anne Marsh Caldwell came into possession of Linley Wood in 1860.

Some letters exist in the Stafford Record Office relating to the Miss Marsh-Caldwells and the bankruptsy of the family solicitor Wynne & Son.  These read as follows:

Copy of Letter received in Re Mssrs L.M.Wynne & Son

We regret to inform you, that for the protection of the interests of their various clients, we have advised Mssrs Wynne & Son of 31 Lincolns Inn Fields W.C. Solicitors to present today a Petition for a Receiving Order to the Bankruptcy Division of the High Court of Justice. The Books of Account have been placed in the hands of Mssrs Jocolyne Miles, and Blow of 28 King Street E.C. Chartered Accountants, in order that an accurate statement of Affairs may be prepared, with as little delay as possible.

I enclose a letter from our cousin Lord Knutsford which you will observe is marked "Private." As you know all our affairs are - from Mr Wynne to your care, but we are very anxious about our cousin Mr. William Marsh De Minisco - now living in Switzerland and who is not of very strong mind and who has property under settlements in Mssrs Wynne's hands and which in 1860 was invested in G.Western Peninsular Rly Stock. Is it possible that this could be tampered with? Could you instruct us, what steps to take to secure the safety of these shares? Be so good as to return me the enclosed by return of post and if possible to answer the purpose of this letter.

I have duly received your letter of the 8th - this morning, in RE Mssrs Wynne & Son's Failure, and so have just written a letter to Mons De Rameru to whom I also wrote on Saturday last, on the subject, which had been announced to me, as you will have learnt by my letter to Posy, which you will have received (next page ?) and making money. But that Divorce Case of Mr L.M.Wynne seems to have been mixed up with, must also have cost him something. Mons De Rameru has been laid up with Influenza or Bronchitis lately but my the last accounts of him, he was getting convalescent. We have still a vast plain of snow, before us, Mountains, Hills, Valleys, Vineyards,etc, being all still in white.I am sure we must have some heavy rain to  wash it all away, as the Sun can't do it in time. The Vignerous will have double work to do, when they are able to begin. With love to all, in haste ever, Yours Affec etc cousin,

I think it best to send you the enclosed letter from Mr. W. Marsh De Marisco this morning, though personally you know all about the contents.

I enclose the two letters from Mr.W.Marsh de Marisco, one addressed to myself, by which you will see that he wished to put his English affairs in your hands. The M.de Remerue to whom he alludes is a '-d'affairs' of the highest respectability in Switzerland with whom our family in that country have long kept business connections (and he is also Trustee for W de M) As here also other friends of ours - Swiss - of the best position in Berne. Mr de R is himself a gentleman of old family and good connections in Switzerland. I thought you might like to know these particulars. Will you also be so good as now, to write direct to Mr. M. d'Marisco at the address he gives. My sister Georgina wrote to him telling him what we had done respecting his affairs as regards yourself.

Unfortunately we cannot be sure, who are the Trustees of the settlement under which Mr William Marsh (now since Mar 1874 "De Marisco) derives interest, but we much fear that the late MR. Wynne - father of the present "Wynne & Son" was appointed Trustee. This, as of  course you know, could however be ascertained by referring to the copy of the Will of Georgina Nelson Marsh who died 24 March 1861.

Will you kindly ascertain the facts of the case for us, (and at our expense - so far - in all this business) and inform us what steps should be taken, should our fears be correct, and Wynne & Son be the Trustees, under or late Aunt, Georgina N. Marsh's Will. 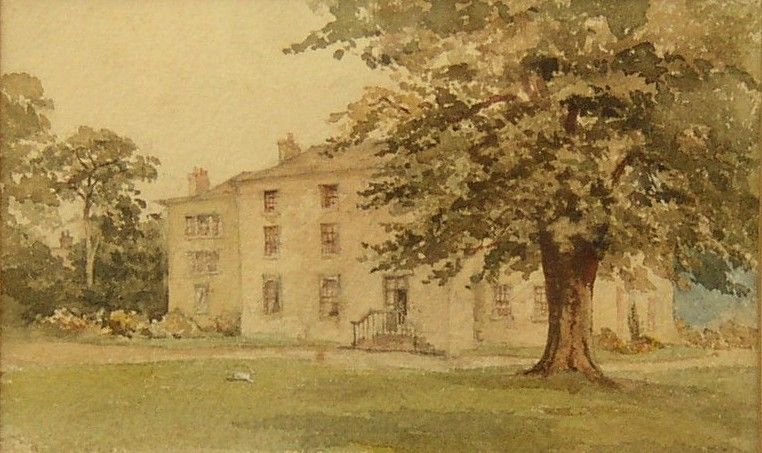 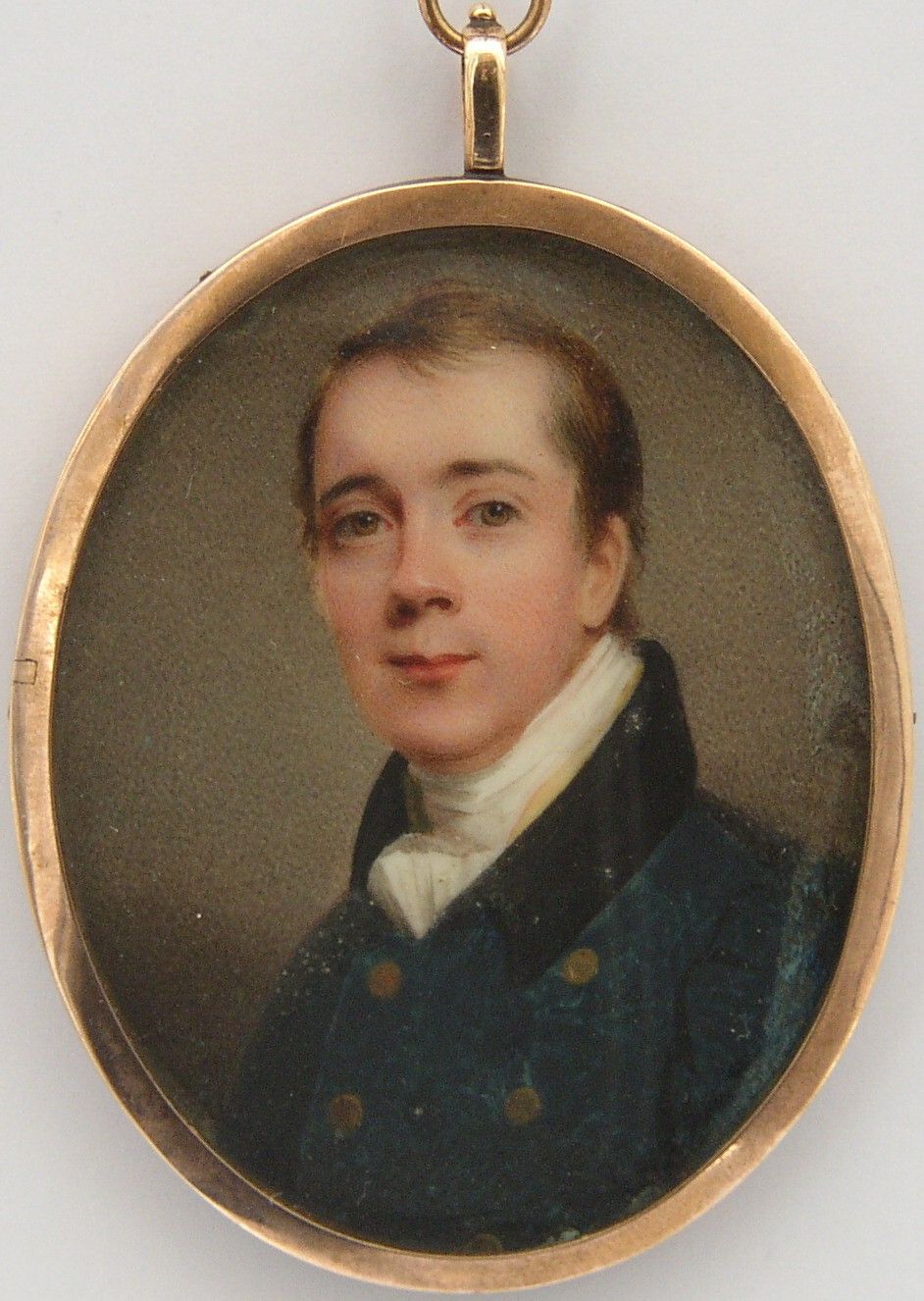 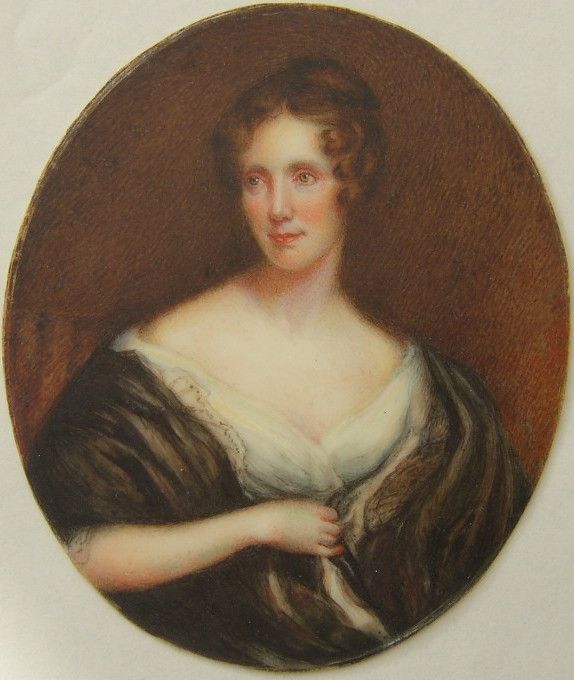 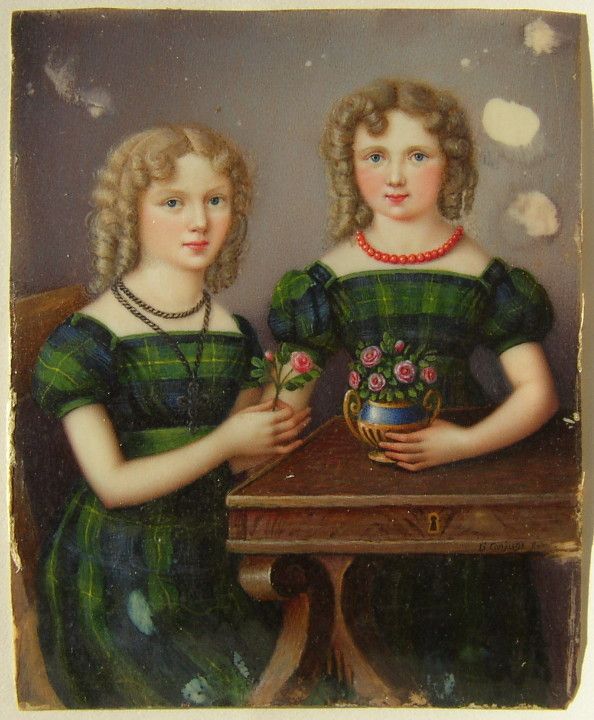 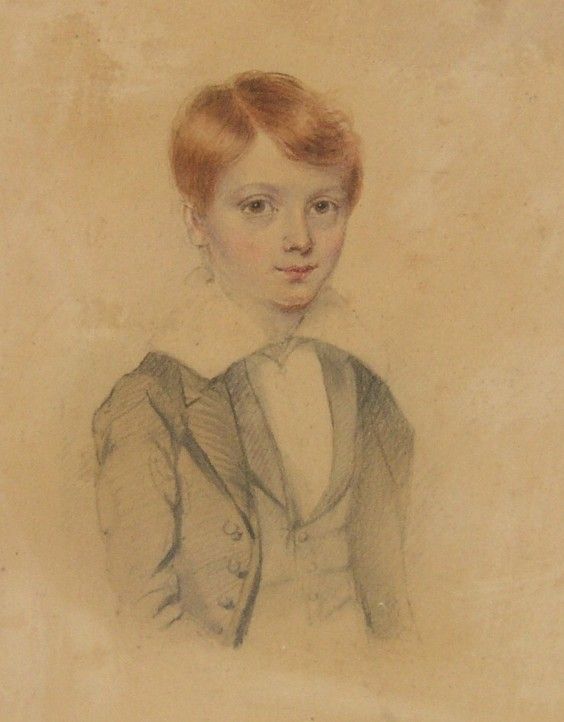 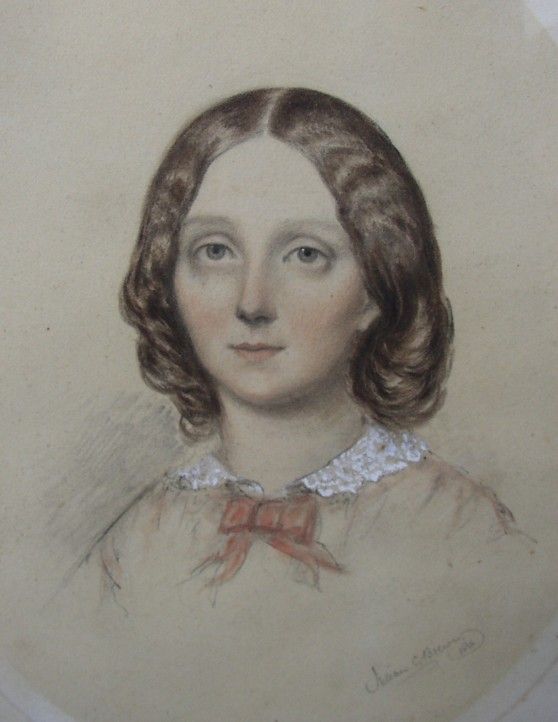 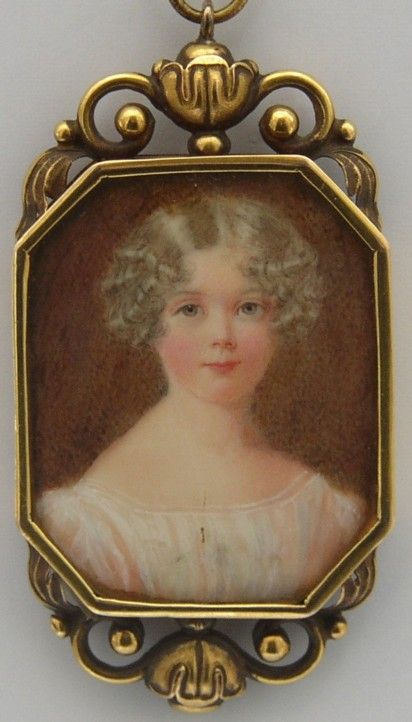 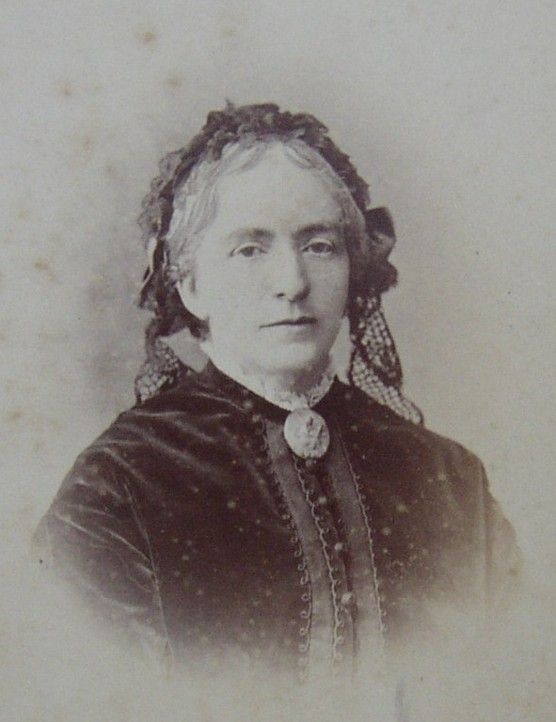