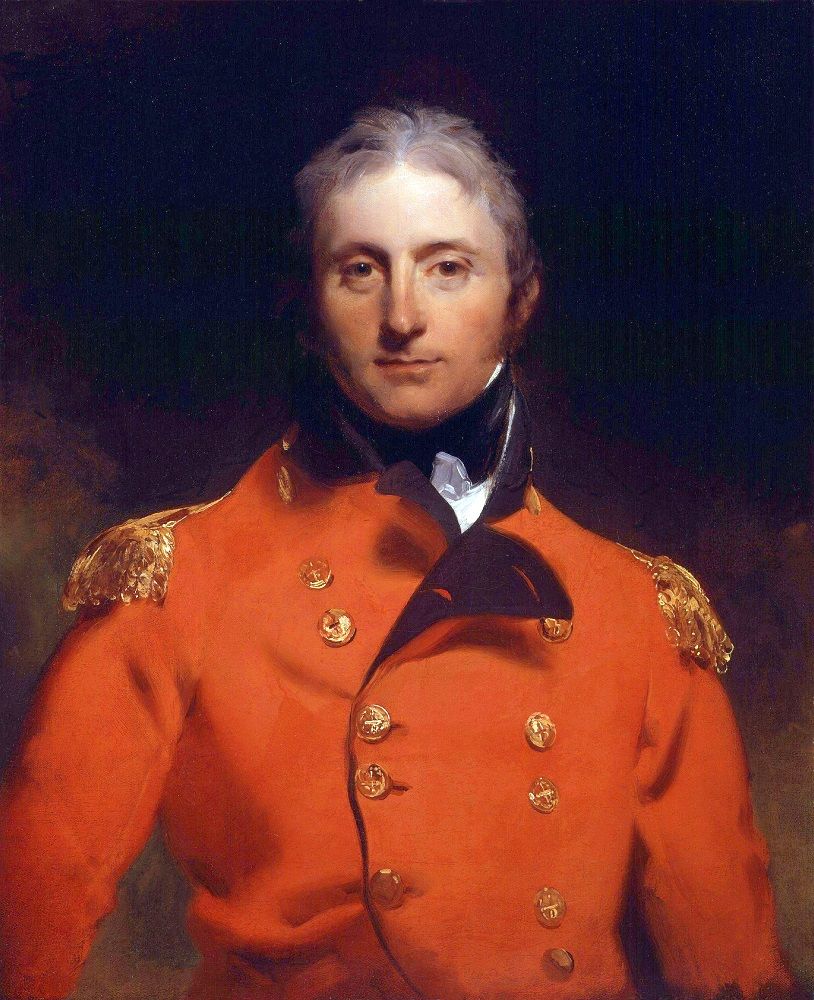 We know about John from many sources including:
1. The book "Records of the Carrick Moore Family" by George Heath, 1912.
2. The book "A Narrative of the Campaign of the British Army in Spain Commanded by Lieut.-General Sir John Moore KB" by James Moore, 1809.
3. Information in the Sir John Moore museum in Winchester, United Kingdom.
4. The book 'Sir John Moore' by Carola Oman, 1953.
5. Many other books covering the Napoleonic wars.
6. His various portraits.

John seems to have been an exceptional person who was very much respected by everyone who came into contact with him.  He rose steadily in the army and during the Peninsular campaign of the Napoleonic wars he was the Commander in Chief of the British army in Spain.  His illustrious career came to an abrupt end when he was killed during the battle of Corunna after being hit by a cannon ball, 16th January 1809.  There is such a large number of books written about him or referring to him so I will not write much further on this page.

No record exists of John ever being married or having children however there are a number of people who have family stories of being descendents of Gen Sir John Moore.  It is quite likely that John did in fact have liaisons with young ladies and it is possible that he may have had an illegitimate child however there does not appear to be any evidence to confirm this. 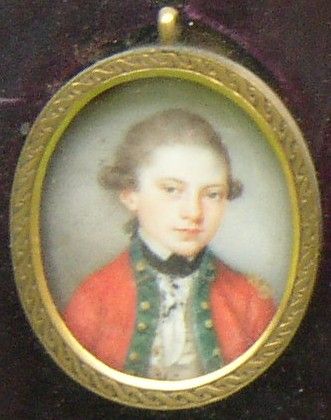 John Moore as a young cadet 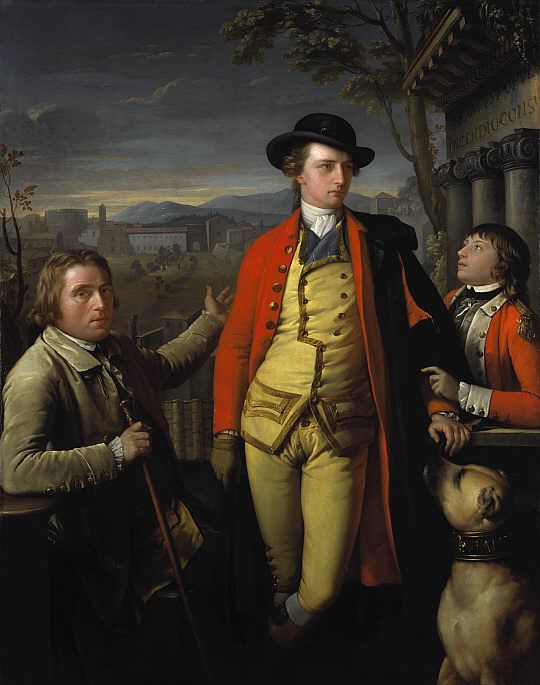 John Moore with his father and the 8th Duke of Hamilton 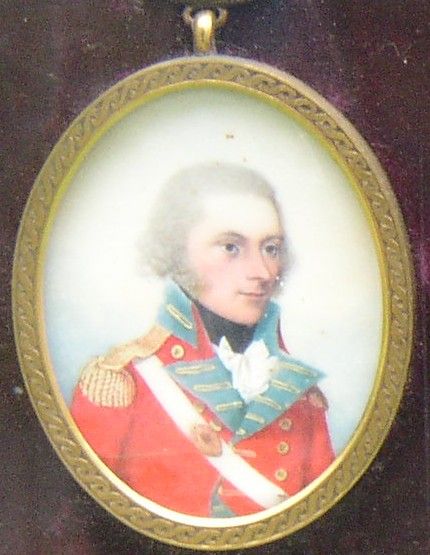 John Moore as a young soldier 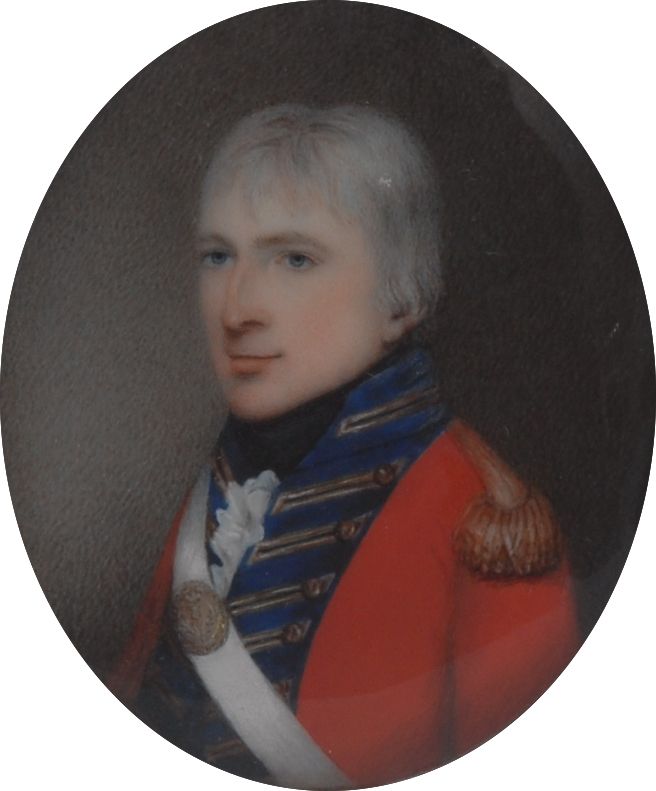 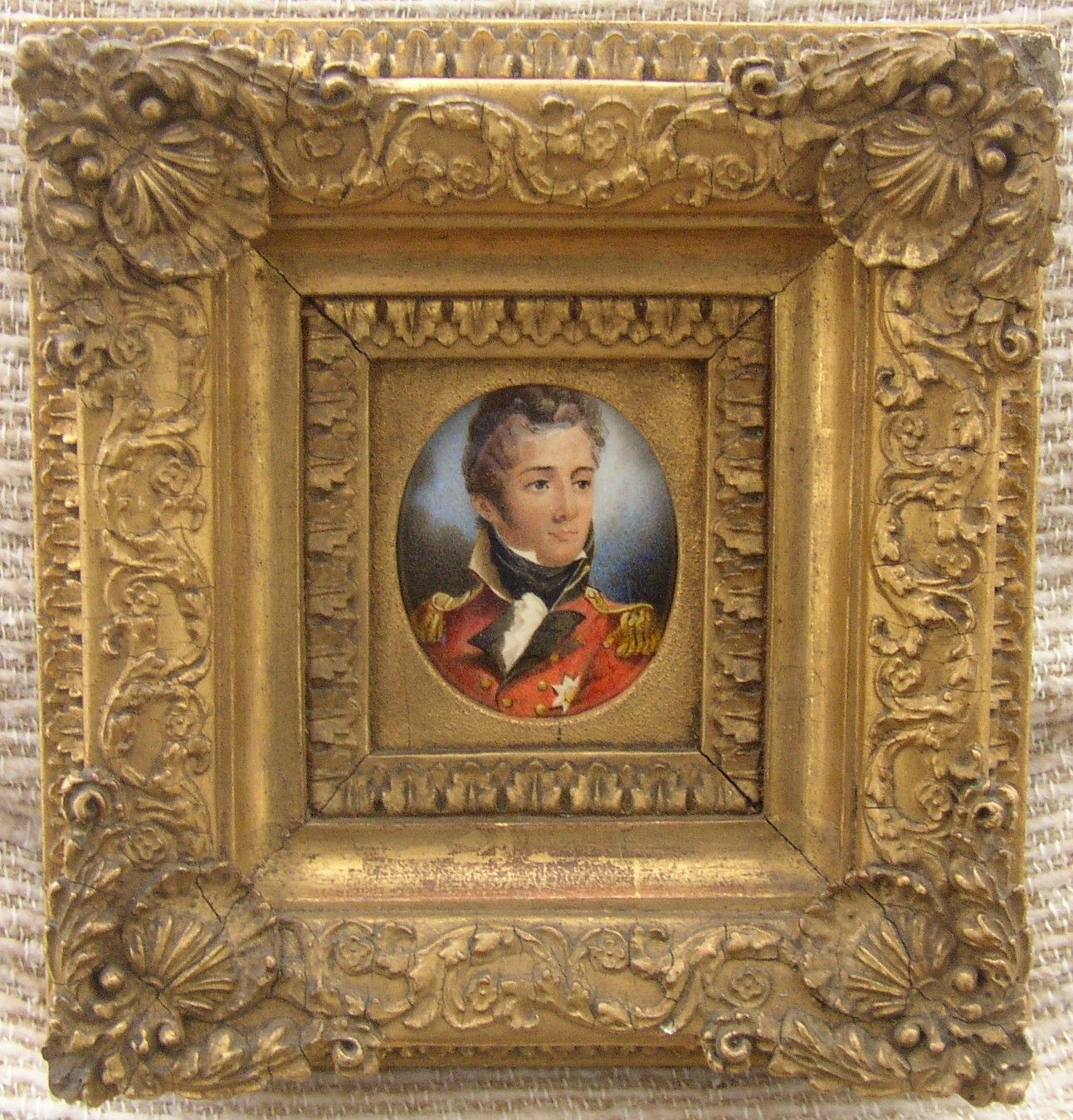 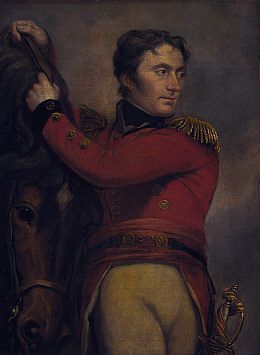 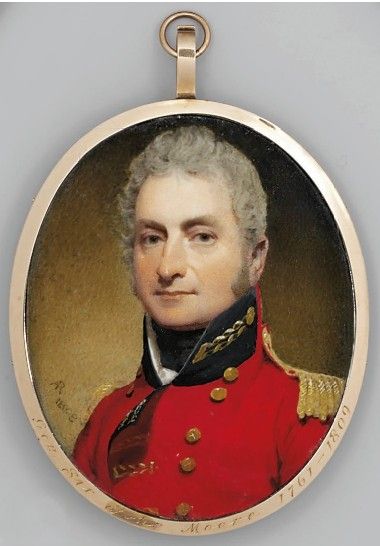 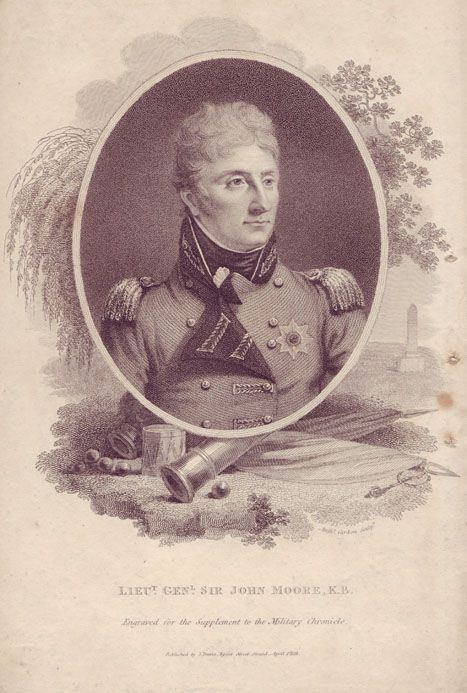